Giving their baby a bath is a joyous part of the daily routine for many parents — but a new study is investigating whether it could be triggering eczema among infants in hard water areas.

One in five children in the UK has eczema, which can leave the skin prone to infections. If there is a family history, babies have up to a 60 per cent risk of developing it.

Now, researchers in the UK are looking at whether a water softener device — which removes calcium carbonate and magnesium, the minerals that make water ‘hard’ — could prevent babies developing eczema in the first place.

‘We know eczema can be caused by a gene mutation that causes a lack of filaggrin — a protein needed to form the skin’s protective barrier and hold in moisture,’ says Professor Carsten Flohr, a consultant dermatologist at Guy’s and St Thomas’ Hospital in London, who is leading the study. 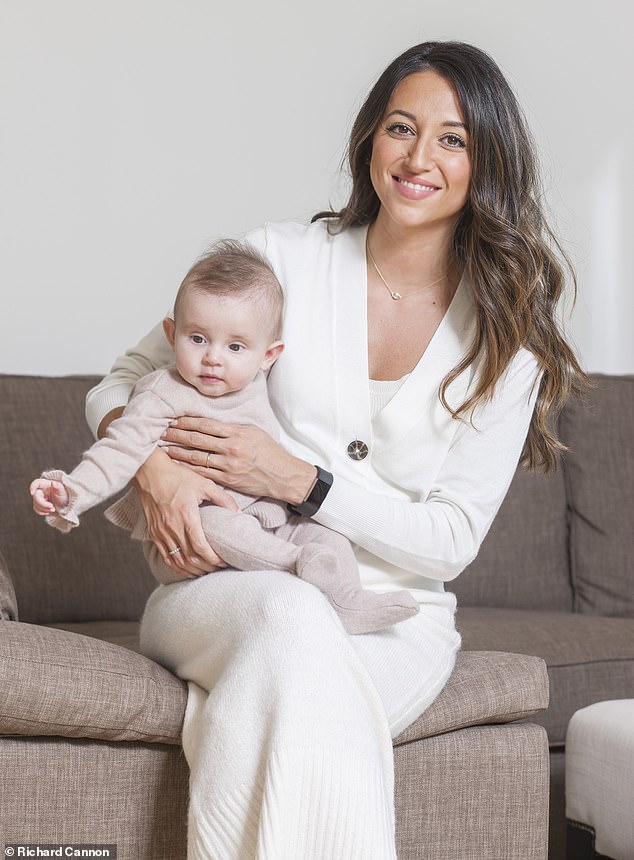 ‘Yet not all babies who have this gene mutation will develop eczema and the current thinking is that there is an environmental trigger.’

Professor Flohr led a study in 2016 involving 1,100 babies, which established that those living in hard water areas, such as London, had up to an 87 per cent increased risk of eczema, compared with infants in soft water areas.

The new study will focus on 80 babies in hard water areas identified as likely to develop the condition. Half will have had a water softener installed in their home before birth. The filters will be left in place until the babies reach six months.

Eczema symptoms can begin at any time, but most occur in the first six months of life.

As well as monitoring the number of baths and products used on the babies, researchers will check their skin for water loss, pH levels, detergent deposits and bacteria. These measurements will be taken at birth, one month, three months and six months.

The trial builds on research published last year by the University of Sheffield and King’s College London, which found that hard water damages the protective skin barrier and increases its sensitivity to potential irritants in soaps and shampoos, causing inflammation and making eczema more likely.

Hard water has high levels of calcium and magnesium particles, which bind to chemicals in soaps and shampoos called surfactants — which act as detergents — making them insoluble, so they build up on the skin. 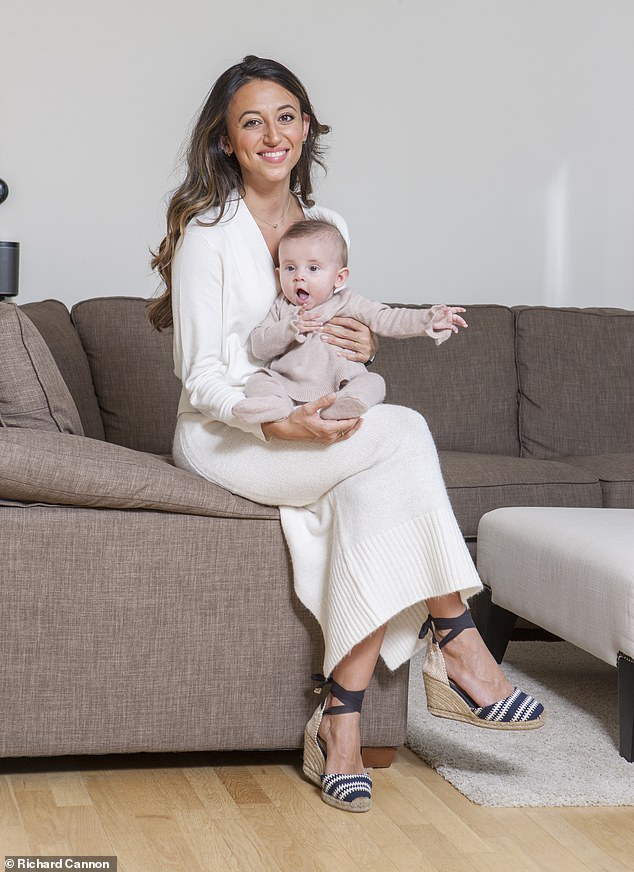 Did you know? Eczema symptoms can begin at any time, but most occur in the first six months

This disturbs the natural balance of bacteria that help maintain the skin as a physical barrier and leaves it prone to colonisation by potentially harmful bacteria that could cause infections.

‘It is during the first few days and months of life that our skin is most susceptible to damage and most at risk of developing eczema,’ says Professor Flohr, ‘so if we can reduce the risk of triggers in that time, it is possible that we could prevent eczema starting.’

Isida Pierce, 31, a marketing manager from Greenwich, South East London, enrolled her daughter Alessia in the trial, as her husband Edward, 33, who works in finance, has eczema, as well as psoriasis, another skin condition.

‘Edward has had eczema since childhood and it still flares up periodically,’ says Isida. ‘He finds it very irritating and we’re keen to do all that we can to avoid Alessia developing eczema, too.’

At five months old, Alessia has no sign of the skin complaint and the couple are hopeful that using the water softener is paying off.

Preventing eczema may also have benefits beyond maintaining healthy skin.

‘We know that when a baby has eczema, and their skin is inflamed, their immune cells are in a hyper-alert state,’ says Professor Flohr.

‘This means food particles that are carried in dust can sensitise the skin and eczema can become a portal for a food allergy. The same may also be true with grass pollen leading to hay fever.’

Justine Hextall, a consultant dermatologist at Tarrant Street Clinic, in Arundel, West Sussex, says that a trial in 2011 by the University of Nottingham, using water softeners in hard water areas in children aged between six months and 12 years with eczema, did not show a significant improvement.

‘But this trial is looking at its role in protecting the skin barrier and reducing eczema in at-risk groups,’ she says. If the trial is successful, a larger one could follow in the UK.